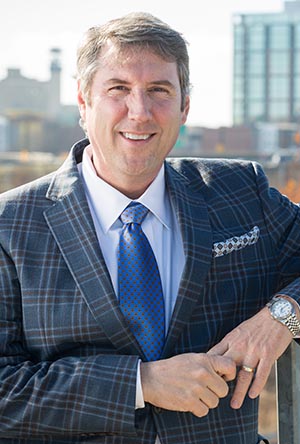 Richard is one of the founding partners of Impact Management Group. He has 25 years experience in lobbying, media relations, and political consulting.

Richard is a registered lobbyist representing a wide range of national and state clients ranging from Fortune 500 companies to regional and state based corporations. He is a past appointee of President George W. Bush, serving 9 years (2001-2009) as a Commissioner on the White House Commission on Presidential Scholars and 2 years (2001-2003) as a Presidential appointee on the President’s Commission on White House Fellows. He currently serves as a member of the Old State House Museum board of directors, initially appointed by Governor Mike Huckabee, reappointed to a full term by Governor Mike Beebe and repointed to a 3rd term by Governor Asa Hutchinson. Richard also served as Chairman of the Mayor’s Council on Tourism for the City of Little Rock.

He is a former Executive Director of the Republican Party of Arkansas serving under then-Chairman and now Governor Asa Hutchinson. Richard also served as Chief of Staff to Former Congressman Jay Dickey (1993-1995), State Director for the Bush-Cheney Campaign for Arkansas in 2000 and consulted and managed numerous Federal, State and Local races during his career in Arkansas. In 1998 he was named as one of the 40 most influential businessmen under 40 by Arkansas Business and has twice been named to the Arkansas Business 250 list of people shaping business in policy in Arkansas

Richard is a 1987 graduate of Hendrix College with a B.A. in Political Science. He lives in Little Rock  with his wife Shirley and they are the parents of a blended family of 7 children – Ashley, Jordan, Sarah (deceased) Josh,  James, Eric and Parker.  Richard and Shirley attend Our Lady of the  Holy Souls Catholic Church.